Sarri to miss Juve's opening Serie A fixtures with pneumonia 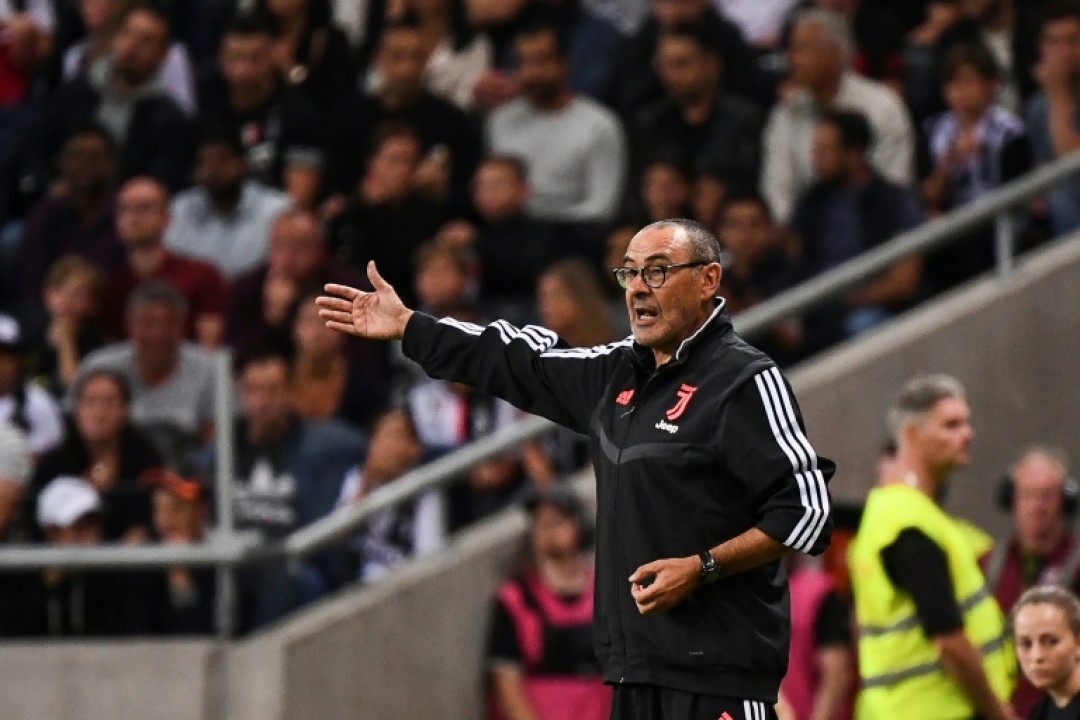 Juventus coach Maurizio Sarri will miss the Serie A champions' first two games of the new season against Parma and Napoli as he recovers from pneumonia, the Italian club confirmed on Thursday.

"To completely recover from the pneumonia that hit him over the course of the past few days, the coach will not sit on the bench for the first two Serie A matches against Parma and Napoli.

"The decision will allow him an optimal recovery."

Sarri, 60, was present at Juventus' training ground on Thursday to coordinate work with his training staff.

Eight-time reigning champions Juventus open their campaign against Parma at the Stadio Ennio Tardini on Saturday and play last year's Serie A runners-up Napoli in Turin on August 31.

Sarri coached Napoli for three seasons before moving to Chelsea in 2018 where he won the Europa League.

Juventus fail to convince as pressure for European success grows

Jurgen Klopp recently labelled Juventus as the favourites to succeed his Liverpool side as winners of the Champions League, and Lionel Messi has also talked up the Italians' chances, but they looked nothing like contenders to lift the trophy as Cristiano

Zinedine Zidane said Real Madrid are down but not out in the Champions League yet the stark reality is their season could be over in March for a second year running if they keep unravelling in the Clasico on Sunday.

Manchester City's European ban means they are under enormous pressure to win the Champions League this season and they are one step closer after arguably their greatest result in the competition at Real Madrid.