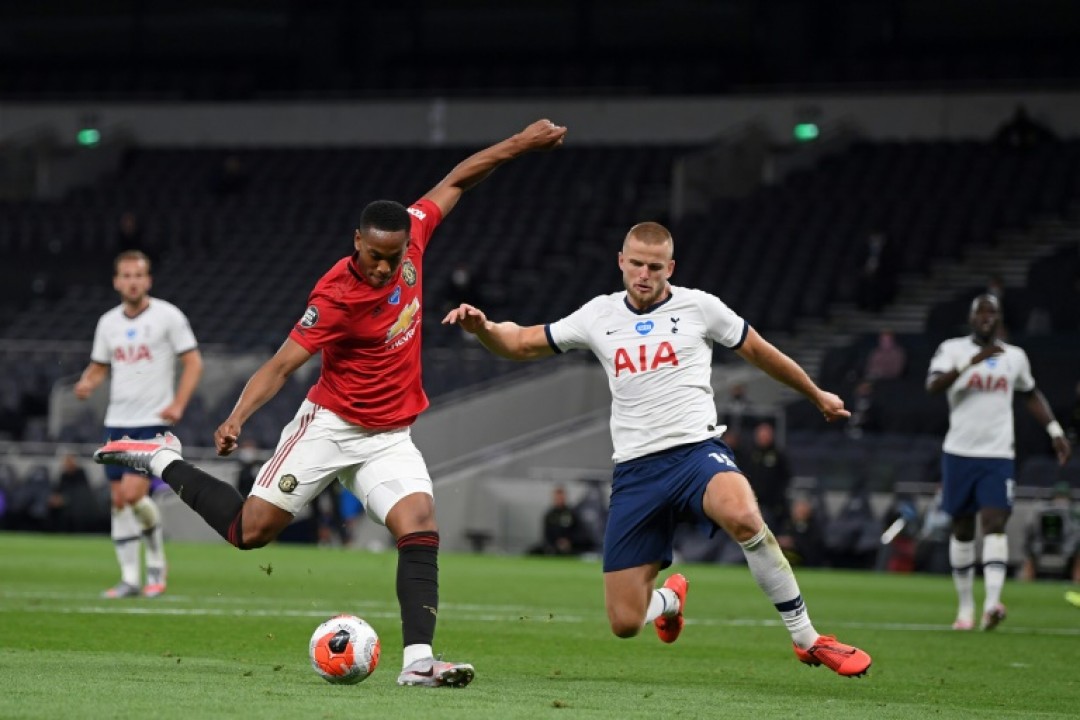 Dier's future was thrown into doubt after he climbed into the stands to argue with a fan who had exchanged words with his brother during an FA Cup defeat against Norwich earlier this season.

The 26-year-old's current deal expires at the end of next season, but Tottenham manager Mourinho says chairman Daniel Levy told him Dier is keen to reach an agreement.

Dier is reported to be content that Mourinho has moved him back into central defence after he was often used as a midfielder under former Tottenham boss Mauricio Pochettino.

"My boss Mr Levy tells me that he wants Eric to sign a new contract and Eric tells me that he's more than happy here, especially now that he feels we have a certain idea for him and the deal," Mourinho told reporters on Wednesday.

"He tells me also that he wants very much to stay. So I hope that we can find an agreement because I'm trying to take the team in a certain direction.

"When I try to develop a player in the team it's because I'm waiting for a player to stay with us."

Dier, who joined from Sporting Lisbon in 2014, still has the prospect of a lengthy ban hanging over his head following a Football Association charge for misconduct after the Norwich incident in March.

The case is still being heard by the FA, but Mourinho said Dier should avoid punishment if the standard has been set by Arsenal midfielder Matteo Guendouzi escaping action for grabbing Brighton striker Neal Maupay around the neck recently.

"I think they made a decision when Guendouzi grabbed the other guy by his neck. The decision was made in that moment. What else can I expect?" Mourinho said.

Tottenham have taken four points from their first two games since the Premier League restart ahead of Thursday's trip to Sheffield United.

But their chances of forcing their way into the race to qualify for the Champions League have been hurt by the impressive form of Manchester United, Chelsea and Wolves.

Tottenham may have to settle for the Europa League next season, ending a run of four successive years in the Champions League.

Mourinho is adamant he would not be disappointed with that after taking over with the team in 14th in the table following Pochettino's sacking.

"If you tell me I start the season with zero points like everyone else and at the end of the season I am not in a Champions League spot I would say disappointing," he said.

"If I put myself in my day one and where the team was and everything that happens I would say I would not be disappointed because the situation was incredible."