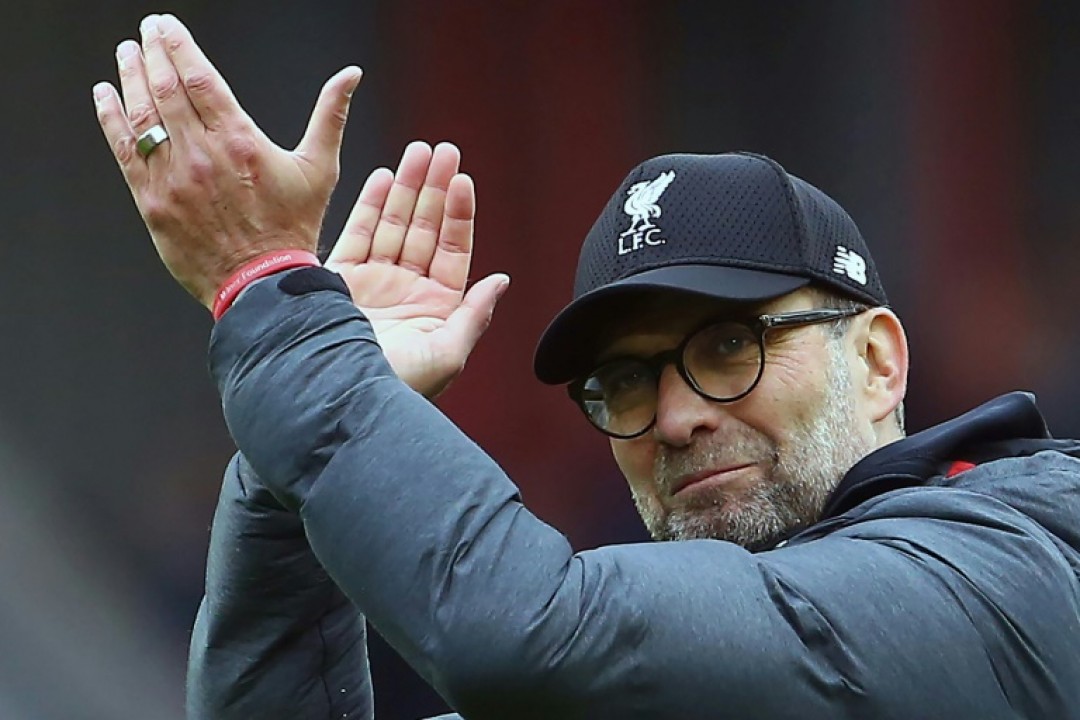 They clinched the trophy with seven games to spare after moving 23 points clear of second placed Manchester City ahead of meeting between the sides on Thursday.

City set a Premier League record with 100 points when they cantered to the title two years ago, while last season Pep Guardiola's team pipped Liverpool to the silverware on the last day.

As Klopp prepares for City to give Liverpool a guard of honour at the Etihad Stadium, he said the result of their latest clash would not be a marker for next season.

The German believes both Liverpool and City will face renewed threats from resurgent United and Frank Lampard's emerging young Chelsea.

"Whatever people say, it will not be important for next season because for sure we (Liverpool and City) both have to be ready," Klopp told reporters on Wednesday.

"We see United coming up. People thought they had no chance but we see with one or two players how good they are and how good they can be, and for sure they will not be worse next season, and now there is Chelsea as well.

"It will not be about City and us. For the last two years pretty much the top of the table was City and us, and City for four or five years before that."

Pep Guardiola says Manchester City have "incredible things ahead" as he focuses on a trophy treble despite surrendering their Premier League crown to Liverpool.